{Thank you to Lindsay B. for these book series reviews!}

Have your children ever wondered about what it would have been like to be an Israelite child during the Biblical eras? This series of 4 books does a fantastic job of portraying the real life struggles of fictional kids placed during different stages of scripture.

Written in an engaging and quick paced journal format, you can almost hear the narrator as she and he write down their daily thoughts in a journal for you to read. Using a fictional character helps to ensure that the story does not add or take away from the scriptural narrative while at the same time being instructive in what life would have been like for those living at the time of the wilderness wandering, the kings and the New Testament under Roman rule. True biblical characters are referred to, mainly in passing reference, such as King Solomon, Zacchaeus, Christ and
Moses. However, the main story revolves around the lives of the young pre-teen to teenager character. 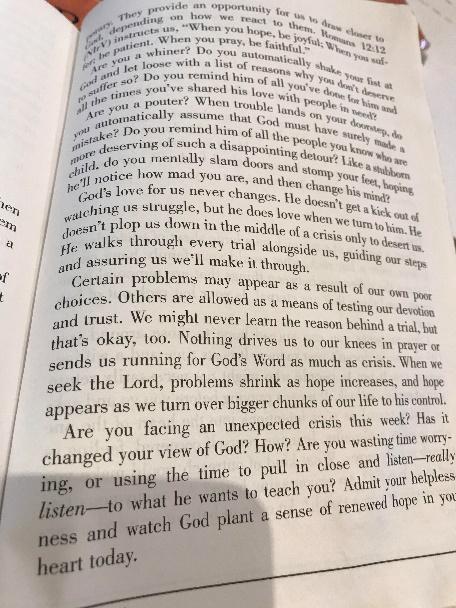 Each book is a stand-alone story, so that the series can be read in any order you would like. Each uses the story to teach a lesson such as dealing with peer pressure, the importance of kindness, hope and friendship. These principles are re-enforced with a section in the back entitled “think about it, talk about it, try it” that can be used by the parents to lead a discussion on the topic and often also has a task or idea to put into practice to work on that trait. We would encourage all parents to have a read over this, or even just a flick through in preparation before the child reads the book. There is reference to discussing “with a parent or a pastor about their Christian journey” in the back of the Abigail book. We have just used this as an extra discussion point with the children about why we do not have a “pastor” or paid ministry and it becomes a non-issue. Of course, use your own judgment.

All of our children have enjoyed these books from in between the ages of 9-12, and they would also make a great “read aloud” for families with younger children as well.

Vol 1 Abigail’s Secret Journal – Read along as Abigail struggles as a child of slaves in Goshen and learns about faith and trust in God as they travel from Egypt and through the Red Sea. She also struggles with God seeming to not answer her prayers – only to discover the vital lesson that God always answers our prayers – that God’s answer is always right and the perfect timing…. not necessarily what we think would be the correct answer.

Vol 2 Rachel’s Secret Journal – Peer pressure has always been a struggle and will always be so. Rachel always seems to be in her cousin’s shadow. After all, her cousin is part of a rich family that lives in the thriving city of Jericho, who seems to know what a young girl should be. Rachel loves her family and learns that the value isn’t counted in gold or silver. She also learns that everyone has different talents that should be used for God.  God has created us all differently so we will all have different strengths. Throughout the book, Rachel is also learning to lead a household and it has an underlying lesson of cheerfully taking on chores and girls learning to be prepared to one day take care of a household – whether that is years down the road when they get married or when Mother is sick and they can help now!

Vol 3 Benjamin’s Secret Journal – This is the only book in the series written from a boy’s perspective. The book opens with school struggles which morph through the narrative into a young man’s wrestling with what profession he will work towards. Sharing and trusting our parents is dealt with as is the value of true friendship. Benjamin tends to exaggerate and tell “tall tails”, something that he learns is not a good trait – and an aspect of character that is worked on throughout the novel.

Vol 4 Deborah’s Secret Journal – Feeling overburdened with responsibilities at home, this young lady soon discovers she is instead blessed! Focusing on our own trials instead of helping others is dealt with beautifully in this book. Encouraging the reader to look around and see who needs our help and to help them, focusing on the needs of others instead of the wants of ourselves. Not judging others by outward appearance is also dealt with in both extremes. Zacchaeus is mentioned and portrayed in this book as the overbearing tax collector – but it is done appropriately and inline with historic norms during the time period of the New Testament.

Thankfully even though this series is now out of print, they are still easily available used through both amazon.com and amazon.ca as well as various online used book retailers such as thrift books. As more good books seem to become out of print, it is ideal to purchase while they are available. This series is sure to become a favourite to many and gems on your children’s bookshelves!

Review of “The Secret of the Hidden Scrolls” series by M. J. Thomas (not recommended!)

When we first discovered this appealing looking series at a local Christian bookshop we were excited. We had seen it reviewed by Christian parents and homeschoolers so did not take the time to preview it before diving in ourselves – a big whoops! Excited to have a replacement to the other children’s series where children travel back in time to visit historical narratives….but this time they were all bible based and written by a parent who wanted to introduce his children to the thrilling narratives found in scripture. This all sounded fabulous and so we bought all 5 and started to read them once we got home.

This is sadly an excellent example of not judging a book by its cover or even its online reviews, and the importance of pre-reading books before we hand them off to our children to read. Within minutes our second youngest announced “Mom, we have a problem!” and she was correct!

The storyline follows Peter, Mary and their dog Hank as they learn that their archaeologist Great-Uncle Solomon introduces them to his greatest discovery – the Legend of the Hidden Scrolls. Using these scrolls, they are able to travel back in time to various biblical eras.

However the other two main characters are the arch-angel Michael (complete with winged illustration) who protects the kids from the other main character “their enemy Satan” (more on that next). He also warns the siblings that they cannot change the Biblical narrative – but they do in subtle ways in every book. An example of this is that they have to help Noah find and load difficult animals into the ark as it is raining which is contrary to the Biblical text which tells us that God sent the animals to the ark and that they were in the ark a week before the rain began. They also show Michael as having problems such as struggling to find the children in the darkness in Egypt – teaching children and readers that the angels can’t always help us or find us. In the first book they teach that Michael was too late to stop “Satan” from causing Adam to sin…. complete with flaming sword and dialogue between these two fictional characters.

The more prominent character that is in every story is Satan. Written from an un-biblical Christian perspective, the author has inserted the false doctrine of an evil being that goes against God and encourages others to do evil called “Satan” that is in battle against “Michael the arch angel” throughout the books. At first, I thought it was just one incident that could be sharpied out and re-written….sadly though it is throughout the entirety of each and every book forming a recurring theme throughout the series as well as a main part of each plotline. The author portrays “Satan” as possessing various characters in the books depending on the Biblical narrative to make this more believable. For example:

Usually the author also describes this “Satan” as wearing black and having a serpent nearby or on a staff. This re-enforces the false doctrine of the serpent in the Garden being “Satan” or “devil”.

As a family that seeks out biblical books for our children, we were very disappointed and disturbed by this new series. These books are now on their way out of our home and we would encourage other Christadelphian parents to give this series a pass. There are other biblical era books that are safe and in line with the biblical narrative that would be a much better investment in your children and family. Our concern with this series is that it teaches false doctrine dressed up in a modern attractive cover and disguised in a so-called bible based book. If you would like to find appropriate books we would encourage you to read other book reviews on this website.

Magnify Him Together Scroll to Top